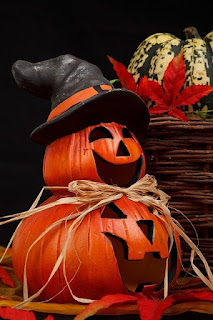 I wanted to close this series on the book Wisdom of Souls: Case Studies of Life Between Lives From The Michael Newton Institute with some quotes which really touched my heart.

Sometimes a person, in a Life Between Lives session, would allow their guide to speak through them.  That way, the therapist could discourse directly with the guide on behalf of the client, asking questions and getting clarification.  Here are some pithy responses that really spoke to me.  It concerns situations in which a person has a strained relationship with another person:

When we realize each person on this planet is walking a path designed to be exactly what they need, we can pull back and let go of our arrogant assumption that we know what is best for them, loving them just as they are.

Unconditional love is acceptance.  Each person is on their own soul journey.  Once we honor the choices of our loved ones, even when it hurts us, even when it keeps us awake at night, we will eventually find peace.

Words to ponder, no?

I've been raving about a wonderful book I discovered, Wisdom of Souls: Case Studies of Life Between Lives From The Michael Newton Institute.  It details how various people come for a particular hypnotherapy protocol in which they are guided to see the interim existence between lifetimes.  I kept wondering what I would learn if I could meet my guides, my soul group, and the council of elders in the eternal plane.

Many of the patients found in their Life Between Lives session that they were here on Earth to learn lessons or to heal the past.  Still others had contracts to fulfill.  One fascinating story tells of a man who found that his past life was as a child in a Nazi concentration camp.  He strove to maintain a positive attitude in such horrific circumstances, and made a special point to always look one particular guard in the face.  He felt, intuitively, that this guard had children of his own and the boy wondered how he could do the terrible things he did to children like his own.  Finally, the boy was ushered to the gas chambers by this very guard.  The boy faced his death bravely, holding hands with another child and not succumbing to fear or panic at the last moments.

Interestingly, the man found out that the Nazi guard from the past life was his own father in this lifetime.  He was informed that his role in the past life was to teach the man, now his father, to become more compassionate and not submit to orders which he knew were immoral.  This was due to a contract made between the two men, in which he agreed to live the brief life as the imprisoned child in order to help his father in this life to learn lessons.  It almost made me feel as if this life is a bit like a play, in which we play parts in various ways, and when the curtain falls, we assume a different part.  Fascinating reading.

Last week we discussed the book Wisdom of Souls: Case Studies of Life Between Lives From The Michael Newton Institute, which describes how various people underwent a specialized hypnotherapy protocol called Life Between Lives.  In this therapy, the person is guided to see not only past lives but also the interim, when the soul meets with its guides, goes over the life just past, plans for the next one, and meets with its soul group.  It's a fascinating read.

It seems to me that the soul is often on Earth to learn lessons and heal the past.  For example, one patient had recurring stomach issues which stemmed from her fear and anger over childhood neglect and an abusive relationship.  Interestingly, it also had to do with anger that she could not "stomach" in a past life in which she killed a woman who had killed her baby by shaking it too much.  Rather than learning to forgive and let go, she held on to the anger, which carried over into the present life.  Her current lesson was to forgive, take care of herself, and extricate herself from abusive and negative situations.

While the life details are unique and individual, I found that I could relate to many of the themes they covered.  I think you will, too.

Can you imagine what you would ask if you were able to converse directly with your guides and the higher spirits in the eternal realm?  For starters, you could ask about your purpose in life, the reasons for certain challenges, what you have yet to learn, why certain people seem more connected to you than others, or how to regain balance and healing.  What an opportunity for receiving wisdom!

Well, there is a book that details several people who did just that.  Using a hypnotherapy protocol developed by the late Dr. Michael Newton, his trained therapists describe these situations in the wonderful book, Wisdom of Souls: Case Studies of Life Between Lives From The Michael Newton Institute.

Although it uses the specific examples of their clients' lives, the wisdom that they receive is timeless and relevant to every life.  I know that I highlighted several passages that gave me insight to some situations that I face.  I believe you will benefit from this book's wisdom, too.  Highly recommended.