A Terrific Quote from a Terrific Book

From Deng Ming-Dao's terrific book on Taoism, Scholar Warrior: An Introduction to the Tao in Everyday Life:


The Tao is difficult to fathom.  That is why the sages called it xuan, "the dark mystery beyond all mysteries."  It is here with us every day, yet it is difficult to sense.  It is within us, like a bright candle smothered inside a steel lantern, but we see only darkness.  It moves constantly, yet we fail to detect its flow.  It is emptiness, but we dwell only in the world of appearances.  The Tao is truly great, beyond all descriptions, beyond all conceptions, and beyond all names.  It is a mystery, but there is no awakening to life without it.  Those who enter into the Tao become one with eternity.  Those who enter into the Tao dissolve into Tao itself.

A Book to Treasure, Part 2

As I wrote last week, I found a treasure in Deng Ming-Dao's phenomenal book on Taoism, Scholar Warrior: An Introduction to the Tao in Everyday Life.  If you want to know about Taoism in a complete and thorough way, this book is for you.

[Please, Mr. Deng, would you consider writing a whole book on Taoist meditation practices?  I promise to buy a copy.]

But alleviating my disappointment was how well he described two difficult philosophical points.  I've never seen the concepts of wu wei, or effortlessness, and emptiness and union explained so well.

I came away feeling like I found a treasure, but also wondering how this beautiful flower of Taoism, so firmly rooted in the Chinese culture, would transplant to Western cultures.  [Another book idea, Mr. Deng!]  It's something to ponder.

A Book to Treasure

As you know, I'm quite the fan of Taoist expert, Deng Ming-Dao.  I've been slowly collecting and reading his books, and discovered one that I would consider his master-work.  It's called Scholar Warrior: An Introduction to the Tao in Everyday Life.  If you want to read about Taoism in its complexity and completeness, this book is one to treasure.  It is head and shoulders above any other book on Taoism that I've ever read.

It starts with how Taoists view their religion as not something to be practiced once a week, but as a complete lifestyle.  It goes over dietary recommendations, stretching exercises, Qigong, and herbal formulas for health.  It then talks about Taoist philosophy, such as effortlessness or wu wei, and issues in the student/teacher relationship.  It ends with a large section in which he writes about Daoyin, which bridges exercise and meditation; meditation practices; the ultimate goal of a Taoist; and a clearly written chapter about emptiness and union with the Tao.  It is worth the price of the book for the last chapter alone.

If you are even remotely interested in Taoism, this is the best and most complete book I've found.  Highly recommended. 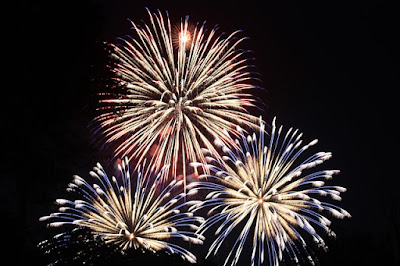