A couple more quotes to ponder:

"No drug, not even alcohol, causes the fundamental ills of society.  If  we're looking for the source of our troubles, we shouldn't test people for drugs, we should test them for stupidity, ignorance, greed, and love of power."  (P.J. O'Rourke)

A Couple of Great Quotes

Here are some pithy quotes to chew on for the week:

"Possibly the heart of our humanity is to want something we cannot achieve by our own efforts."  (Tim Farrington)

"Our thoughts limit what we're capable of doing.  There are external forces arrayed against us, but there are also internal forces that sabotage us before we even get started.  Our mind is good at setting us up for failure and getting us to think small.  But I have found that we will do for love that which we don't think is possible.  So the question to ask ourselves is "What do I love?"  (Julia Butterfly Hill) 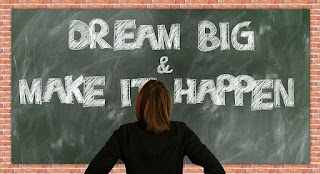 A Great Book, a Second Review

I am pretty sure that I've reviewed Sophy Burnham's book, The Ecstatic Journey: Walking the Mystical Path in Everyday Life, before, but I wanted to touch on some things again.  I think that re-reading some things, after having traveled farther along on the path of life, gives one a different perspective.  It's a bit like reading a travel guide before and after you've seen the sights.

On my first reading, I felt like the author dwelled too much on her personal journey and emotional experiences, and that felt a little off-putting to me at the time.  On my second reading, however, I noticed how she would talk about her mystical insights and then refer to many mystic's writings and experiences from the past.  It helped to validate and explain what she lived.

For that reason, I think this is a book worth reading twice, some years apart.  It will inform not only your own journey so far, but also the road and sights to come.

A Book for Specific Searchers, Part 2

Last week, I was discussing my hesitancy to recommend B.K. Frantzis' Relaxing Into Your Being: The Water Method of Taoist Meditation Series, Vol. 1 [Paperback].  Yet, because of some results I experienced, I wanted to offer it to those who might find it useful.

First, I think it would be helpful to understand the author's view of meditation:

A commonly overlooked point in some meditation traditions is that, if you wish to meditate solely to become physically and mentally relaxed, you run the risk of never gaining spiritually.  People use chi gung for relaxing and avoiding depression, as if it were an antidepressant drug.  Meditation can certainly calm or relax you, but its highest purpose in Taoism is to make you aware of the center of your being; that is, to find spirit and emptiness, the essential components of Consciousness itself.  This level is beyond states of physical and mental relaxation; rather it is relaxation into your being or "soul."

The various exercises that Mr. Frantzis offers seek to address and eliminate the blockages we have that keep us from getting into a calm and relaxed state so that the meditator can directly experience the inner Oneness with Consciousness.  He shows the reader how to find these blockages  and dissolve them.  It's very powerful.

How do I know it works?  A quick story.  As you know, I am almost never wrong.  I am wrong maybe as often as a third blue moon on the sixth Tuesday of the month during an odd-numbered leap year.  Well, I was frustrated at home trying to fix something that wasn't cooperating, got mad and said some hurtful things to my Significant Other.  I cooled off, thought about it, and very simply apologized to my Significant Other.  I mean, when you're never wrong, you never have to apologize, right?  Well, after my Significant Other got off the floor after a dead faint, we cleared the air and felt better.  I thought later that the dissolving practices that Mr. Frantzis' book taught me must have made that possible.  Any improvement is welcome.

There is a second volume to this series.  I hope to report to you about it in three years or less.  Wish me luck.

A Book for Specific Searchers

I'm a little hesitant to recommend this book, not because it's poorly written or anything, but because it would appeal to a select few, I think.  It's B.K. Frantzis' Relaxing Into Your Being: The Water Method of Taoist Meditation Series, Vol. 1 [Paperback].  Mr. Frantzis is a Taoist master and teacher who, as a young man, went to China to study with an aged Taoist master in the water method of Taoist meditation.

When I purchased the book, I wanted to find some additional Taoist meditation practices, and this book provides them within the context of the water method of the Taoist tradition.  The water method is contrasted to the fire method as yin is to yang.  In other words, the water method accepts what is and works with it gently, whereas the fire method uses much more force and control.  The idea of gentleness appealed to me, so this is the book I chose.

However, I was unprepared for what the book offered.  I thought it would be a series of nice visualizations, perhaps some mantras to chant, and it is far from that.  In this method, the body is used to guide the mind.  It presents five aspects of body positions to help still the mind:  sitting, walking, standing, lying down, and having sex (yes, really).  Mr. Frantzis often breaks down the various exercises into little, bitty parts, and then says to work on those little, bitty parts for a week to a month.  When I did that, I found I lost interest in the book because I felt stuck at practicing little, bitty parts and wasn't going anywhere.

More on that next week.