Some Quotes for Today

Peace does not mean an absence of conflicts; differences will always be there.  Peace means solving these differences through peaceful means; through dialogue, education, knowledge; and through humane ways.  (The Dalai Lama)

Not one of us can rest, be happy, be at home, be at peace with ourselves, until we end hatred and division.  (John Lewis)

When the power of love overcomes the love of power the world will know peace.  (Jimi Hendrix)

A Must-Have Book for Empaths, Part 3

I wanted to share a couple more quotes from this fabulous book, Sensitive is the New Strong, by Anita Moorjani.

On how we empaths deplete ourselves:

"I want to stress again a few of the common ways we deplete our life force energy, which may either lead to an illness or prevent our bodies from healing from one:  We give of ourselves until we're drained, but we don't know how to receive.  We don't know how to recharge our batteries.  We feel guilty when we feel happy or do something good for ourselves.  We don't believe we're worthy or deserving of positive things.  We're stressed out all the time, perhaps by our relationships, our finances, or our jobs.  We're lonely or grieving or suffering a trauma of some kind that goes on for a prolonged period of time."

On how to fix that (this is fleshed out much more in the book, another reason to buy it!):

"It's not what you do -- it's what that activity does for you.  Everything that nourishes your soul and recharges your light is a spiritual activity."

Moorjani stresses over and over that the key to keep from depleting ourselves is to love ourselves first.  That's hard for many empaths, who have spent their lifetime putting others first.  But this is crucial, the author argues, and spends a good part of the book showing how we can do that.  I can't recommend this book highly enough.

A Must-Have Book for Empaths, Part 2

Last week I was discussing Anita Moorjani's must-have book for empaths, Sensitive Is the New Strong.  I'd like to share some snippets of wisdom from the book.  Perhaps they will speak to you as well.

On why we are here:

"Empaths are highly advanced souls being incarnated on earth in increasing numbers to shed light into the darkness during this time of transformation."

On the struggles of empaths:

"Our downfall, or our curse, is our inability to distinguish other people's needs and emotions from our own, and our need to make everyone else feel good before we can feel good ourselves.  This is what draws us out of our inner sanctity and into other people's dramas, and why it feels like we carry a heavy burden on our shoulders.  We also struggle, as we've seen, with trying to fit in to a world that's not geared toward us -- we're six-sensory beings living in a five-sensory world."

On how to keep from being unbalanced by other people's emotions:

A Must-Have Book for Empaths

I stumbled upon a book that struck me like a lightning bolt -- a book that I wish I had met years ago.  I speak of Anita Moorjani's Sensitive Is the New Strong.  What a wealth of understanding and wisdom!  I would urge you, if you are an empath, to check this book out.

If you do not know Moorjani's story, she had a four-year battle with cancer, which she almost lost in 2006.  Her organs were shutting down and she very nearly died.  She had a Near Death Experience.  But then after experiencing the unconditional love and wonder and enveloping lightness of the Other Side, she came back to life in this earthly plane. It changed her life.  Not only mentally and emotionally, but her cancer-ravaged body spontaneously healed and she recovered fully from the cancer.

Her return to normal life, however, was difficult because she was so fundamentally changed.  She learned that she was an empath, and had been a sensitive person all her life.  However, those very traits had some dark sides, such as being a people-pleaser and a door mat.  She spent most of her life trying to make others happy at the expense of her own happiness.

And she believes that this trait is what caused her to become ill in the first place.  So, she had to learn how to be an empath, and embrace all those gifts, but not at the expense of her own happiness.  That is what this book teaches -- how to use the powers of the empath without depleting ourselves.  Get this book. 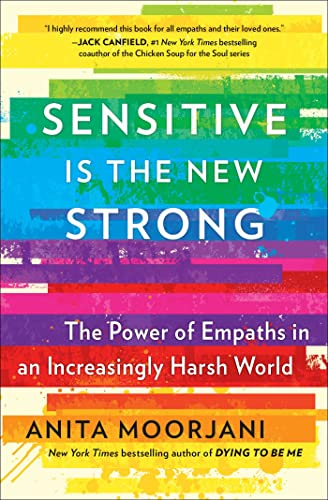 Did you ever wonder about the origin of April Fool's Day?  I just happened to be thinking of that and decided to do a bit of research.  Here's what I found:

These poor uninformed people became the targets of hoaxes and pranks, such as having paper fish affixed to their backs and called "poisson d'avril," or "April fish," meaning that they were as gullible as an easily caught fish.

Some people think that April Fool's Day is also linked to the pranks played by Mother Nature as she foists unpredictable weather on us poor fools during spring.  Who knew? 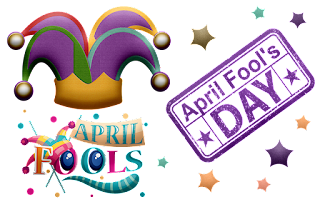