Some Thoughts for Today

Unthinking respect for authority is the greatest enemy of truth.  (Albert Einstein)

Be ashamed to die until you have won some victory for humanity.  (Horace) 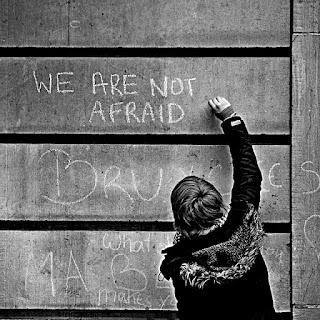 An Oldie but Goodie, Part 2

Last week I was extolling a biography about the 14th century mystic, Catherine of Siena.  Here are some quotes from this powerful woman:


Be who God meant you to be and you will set the world on fire.

Nothing great is ever achieved without much enduring.

Proclaim the truth and do not be silent through fear.

We've had enough exhortations to be silent.  Cry out with a thousand tongues -- I see the world is rotten because of silence.

Speak the truth in a million voices.  It is silence that kills.

This mystic, not well educated, hardly able to read or write, thin as a rail, still took the command from her Lord and from her heart to speak to the injustices of her day.  I would encourage all of us to follow her example.  The world needs us to show courage and speak up for justice and equality.  Claim your power.  Speak up!
Posted by Celina Pavan at 11:14 AM No comments:

An Oldie but Goodie, Reissued

I recently found on my overflowing bookshelf a marvelous little biography entitled Road to Siena: The Essential Biography of St. Catherine.  I didn't know this until I started out, but it was originally published by Edmund Garrett Gardner in 1907.  Fortunately for modern readers, Jon M. Sweeney came along and edited it, rendering sentences and wording to fit the current age.  It's an easy, informative read.  And if that doesn't convince you, Evelyn Underhill, the great compiler of mystical writings and thought, referred to Gardner's biography of Catherine of Siena as "the best modern biography."  That's high praise.

What I liked about this book is that it presents both the historical context of her life as well as personal details without intruding by offering unfounded psychological analyses.  I'm sure you've read books where the biographer tries to make a point about someone's psychological makeup that after a while feels tawdry or even gossipy.  You won't find that here.  It's well written, well-paced, and presents a woman in all her complexities in an age very different (and in some ways very much the same) as our own.

Catherine of Siena knew early on that she was destined to work for her Lord, and she did so to the best of her ability.  She lived during a perilous, rocky time when governments were unstable and religious institutions racked by hypocrisy, scandal, and division.  She spoke her truth to power and worked for peace and stability.   She died at the age of thirty-three, having left behind 380 letters, twenty-six prayers, and her Dialogues, which some have compared to Dante's style.  This mystic deserves your attention.

Another Thought for Today

A pair of quotes for today:


It is a spiritually impoverished nation that permits infants and children to be the poorest Americans.  (Marian Wright Edelman)


How can we even begin to disarm greed and envy?  Perhaps by being much less greedy and envious ourselves; perhaps by resisting the temptation of letting our luxuries become needs; and perhaps by even scrutinizing our needs to see if they cannot be simplified and reduced.  (E. F. Schumacher) 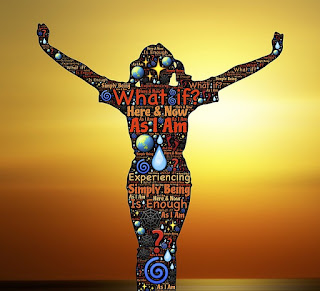 A Thought for Today

A pair of quotes for today:


We live in the richest country in the world.  There's plenty and to spare for no man, woman, or child to be in want.  And in addition to this our country was founded on what should have a been a great, true principle -- the freedom, equality, and rights of each individual.  Huh!  And what has come of that start?  There are corporations worth billions of dollars -- and hundreds of thousands of people who don't get to eat.  (Carson McCullers, The Heart is a Lonely Hunter)


Have compassion for all beings, rich and poor alike; each has their suffering.  (Buddha) 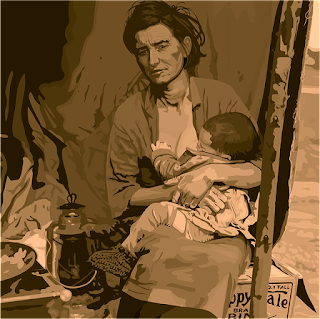 (image courtesy of pixabay.com)
Posted by Celina Pavan at 11:14 AM No comments: