Welcome to Biology and the Brain 101, class.  Sit yourself down and learn about how emotions affect behavior.
In the 1960s, neuroscientist Paul MacLean put out the theory that the human brain is comprised of three parts, encompassing one another like Russian nesting dolls.  The innermost part is the reptilian brain, which is enclosed by the limbic system, which is then surrounded by the neomammalian brain, or neocortex.
Each part of the brain has its own function.  For example, the neocortex is the section involved in higher-order thinking processes, such as language, planning, perception, and abstraction.  The limbic system houses such structures as the amygdala, the hippocampus, and hypothalamus, which are involved in memory, emotion, and motivation.  And finally, the reptilian brain is involved in instinctual behavior such as survival, territoriality, aggression, and dominance.
And what does this have to do with the encounter with my friend which I wrote about last week?
Here’s my theory:  News media and other groups (whether in print, on TV, or in social media) sometimes purposely use our brain structure to affect our emotional response and then our behavior.
Next week, class, we’re going to delve into the wild world of neuromarketing. 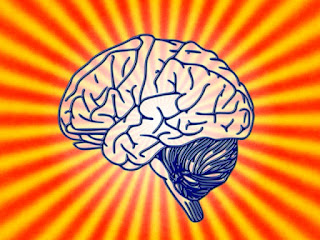