A Couple of Great Quotes

This last week was the birthday of Martin Luther King, Jr.  In honor of his life, I'd like to share a quote from him:


Many people fear nothing more terribly than to take a position which stands out sharply and clearly from the prevailing opinion.  The tendency of most is to adopt a view that is so ambiguous that it will include everything and so popular that it will include everybody.  Not a few men who cherish lofty and noble ideas hide them under a bushel for fear of being called different.

And since Martin Luther King, Jr. modeled much of his philosophy on those of Mahatma Gandhi, I'll share one from Gandhi as well:


Those who believe religion and politics aren't connected don't understand either. 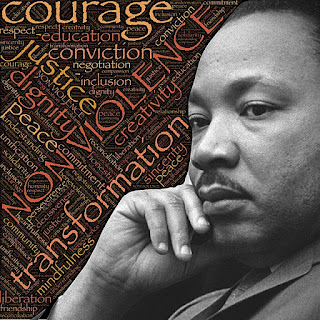 (image courtesy of pixabay.com)
Posted by Celina Pavan at 11:14 AM